If you are thinking of visiting Nepal and witness the world’s highest mountain standing on its foothills then this blog is absolutely for you. Here we will discuss some of the best treks in Everest region of Nepal. There is no doubt that when someone acknowledges Nepal, Mount Everest or Sagarmatha or Chomolungma (8848m) naturally comes to mind. So, it is not surprising that treks to Everest region draw the attention of enthusiast adventure seekers across the world. Apart from that, Nepal is a wonderful country with its natural and cultural diversity, distinct land topography and blend of culture making the country a perfect destination to visit at least once in your lifetime. And as the slogan goes, once is not enough for Nepal.

Undoubtedly, Nepal is globally known for adventure, trekking and climbing in the high Himalaya. Besides Mount Everest, seven more mountains of over 8000 meters and several 7000m, 6000m plus peaks dominate the northern sky of this Himalayan land. The jagged beauty of nature in the Everest Region is simply astonishing as deep rivers and glaciers cut the landscape though the forests which are home to wildlife such as rare snow leopard and red panda as well as the plentiful Himalayan tahr, musk deer and barking deer. Similarly, the local Sherpa people residing in Khumbu region since the very beginning have deep respect for nature which has played a vital role in the preservation of the area. Also, most of this region is encircled within the Sagarmatha National Park, with laws to protect and conserve the environment and native floral and faunal varieties of the Khumbu region. 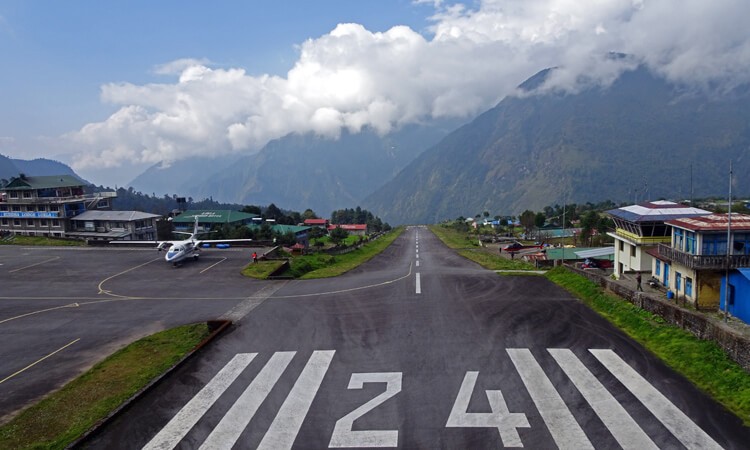 Everest region is one of the most beautiful trekking destinations in Nepal or even the world. Once you start trekking in the Khumbu, you'll realize that there's much more to the region than its ideal Himalayan peaks. Everest region is the original home to the ethnic Sherpa people. Khumbu region is popular for its unique culture, traditions, values and the Sherpa community. The warm hospitality, knowledge, respect for the mountains and trekkers coming to Khumbu for trekking and climbing is immense. Everest region maintains its legacy as being the most visited trekking destination for trekking and climbing adventures in Nepal. In this trek blog, we’ve discussed about the best treks in Everest region of Nepal. Although each trekking routes in this region has great mountain views and the itineraries are completely flexible, it’s up to you to choose which part of Everest region you want to explore depending on your time frame, interest, budget, and desire for adventure and make it a memorable lifetime experience in the Himalaya of Nepal. 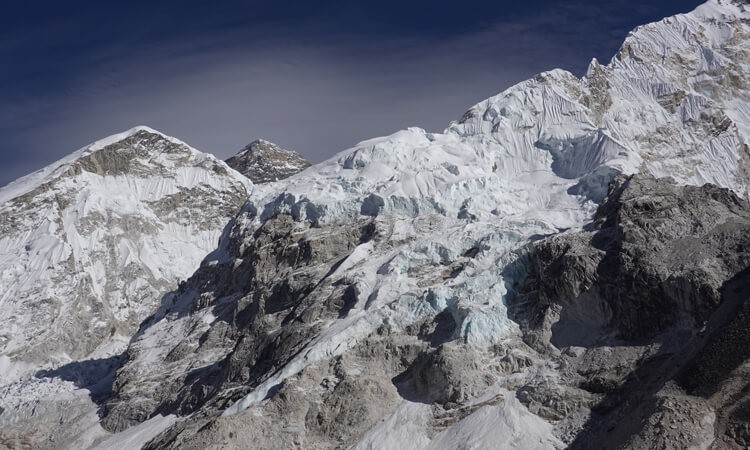 Everest Base Camp Trekking fulfills the wish of every outdoor enthusiast who wants to experience the remarkable trekking route to the base of world’s highest mountain Mount Everest (8848m). Everest Base Camp Trek is a perfect journey in a sense that while reaching at base camp, you will have already achieved something great and from there, you can witness the mountaineers who are setting out on the Everest Expedition in a distance. Some of the considerable highlights of this trek are the vantage point of Kalapatthar from where the entire panorama of the Khumbu massif is seen in a spectacular fashion, the Everest View Hotel, the famous town of Namche Bazaar and of course, the breath-taking views of the mountain peaks like the Ama Dablam, Thamserku, Lhotse, 8516 m, Nuptse, 7855m, the south face of Pumori, 7161 m, as well as the cascading Khumbu Glacier below.

The Classic Everest Base Camp Trekking begins from Lukla, a 45 minutes scenic flight from Kathmandu. The trail winds along the Dudh Koshi River, Nepali for ‘Milk River’. We take time to acquaint ourselves with the local Sherpa culture: Buddhist monasteries, trails lined with Mani stones and quaint Sherpa villages give us an insight into mountain life. As we climb higher the temperature drops gradually and by the time we reach the pastures of Dingboche and Lobuche, you’ll be walking on an icy wilderness and frozen rivers. The dramatic views of the giant peaks in the Khumbu region change every day as you trek along the Classic Everest Base Camp Trekking trail. When you complete the Everest Base Camp Trek, you will feel proud of what you have accomplished and be amazed at all the incredible things you have observed and attested. 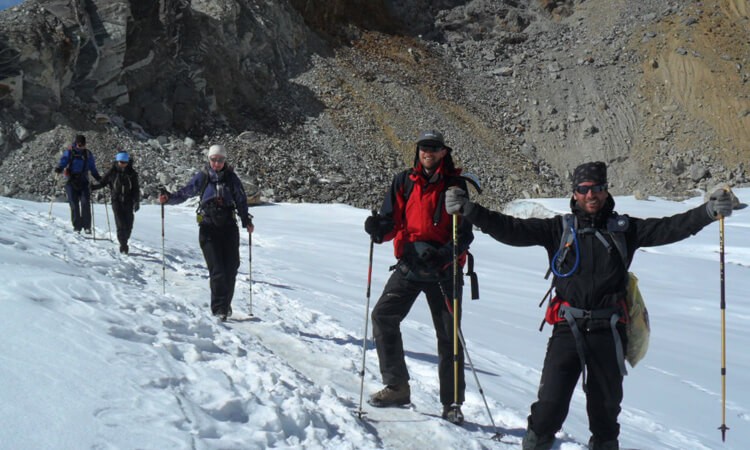 Gokyo Cho La Pass Everest Base Camp Trekking is an extension of classic Everest base camp trek. This trek includes trekking to Kala Patthar (5545m) and Everest Base Camp (5363m) via the beautiful Gokyo Valley. The Gokyo Lakes route endeavors off the main trail away from large crowds and leads you into the Gokyo Valley for the ascent of Gokyo Ri and Cho La Pass. Similarly, passing through several authentic Sherpa villages will reward you to witness the lifestyle, culture and practices of ethnic Sherpa people.

The trail to Gokyo valley separates from Kyanjuma. We leave the classic trail to Everest base camp and follow the trail to Gokyo valley. After reaching Gokyo Ri (Peak), you cross the Nazing glacier and descend to Tragnag before climbing up to the Cho La Pass: one of three great passes in the Khumbu region. After crossing the pass, the trail rejoins the main trail to Everest base camp at Lobuche passing through Gorakshep. Early morning the next day, you climb to Kala Patthar (5545m) for an extra - ordinary view of Mount Everest. From Kala Patthar, you descend to Dingboche, and over the next three days, you retrace your steps to Lukla. From Lukla, you will catch your return flight to Kathmandu. 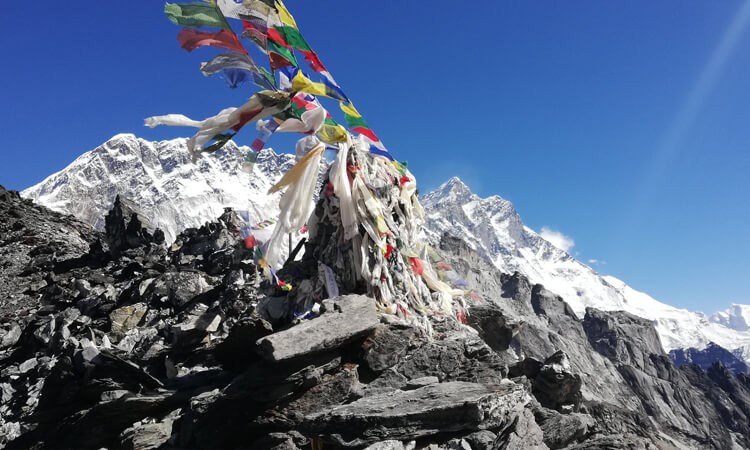 Your perceptions will be drenched with the natural beauty of the Khumbu and be prepared for the warm welcome of the local guest houses where you experience the cultural beauty and hospitality of the Sherpa community. Magnificent villages and pristine monasteries give glimpses into the Khumbu culture. The Khumbu Three High Passes Trekking is a 21 days trek but the itinerary can be lengthened or shortened according to your preference and needs. We prefer the itinerary to start with Renjo La first and Kongma La at last. Trekking to Renjo La first gives your body more time to acclimatize which reduces the risk of climbing too high too fast. The best season for Three High Passes Trek is from March to May and from September to November. 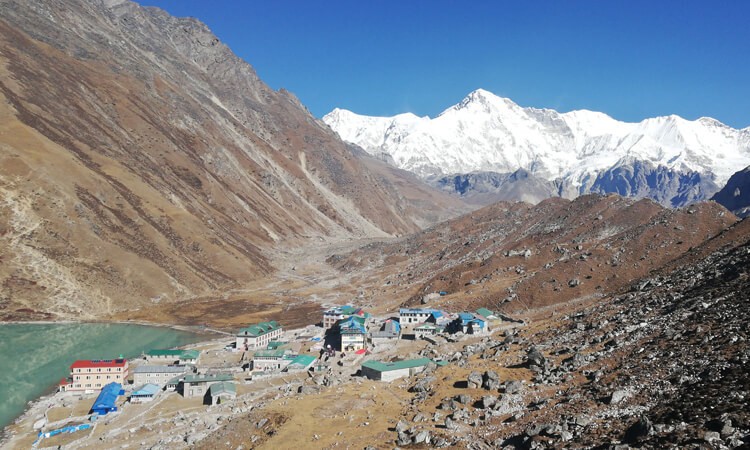 Gokyo Valley Trekking is a best option for those trekkers who prefer lesser crowded trekking trails but more adventure. Trek to Gokyo valley claims to reward you with the most spectacular views in Everest Region, similar to the marvelous view from Kala Patthar on the Classic Everest Base Camp Trekking. Glacial Gokyo lakes are situated to the west of Everest base camp. From Gokyo Ri (5360m), you will be rewarded with a jaw dropping view of world's highest peak, Mt. Everest (8848m) and Mt. Cho Oyu (8201m), sixth highest mountain in the world. Another major highlight of Gokyo Valley Trekking is the climb to Renjo La Pass before getting to Lungdeng and Thame. The magnificent view from Renjo La Pass is a sight to witness. 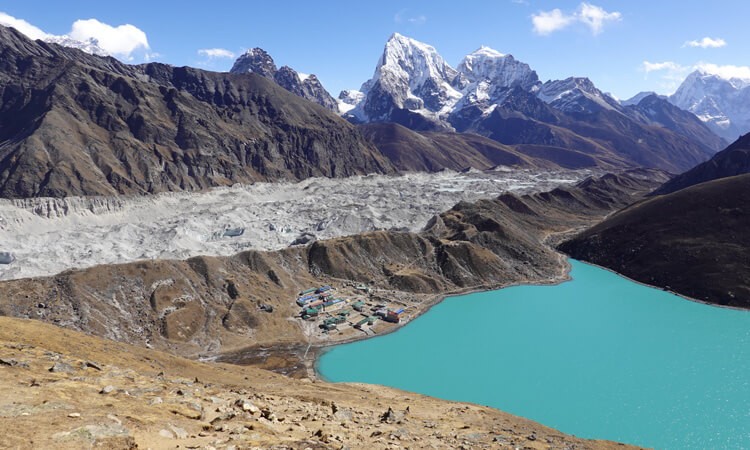 Gokyo Valley Trekking is possible throughout the year. However, the best time to trek in the valley is from early March to mid-May and from the beginning of September to mid-November. The winters are very cold and the summers are rainy. The rhododendron trees and wild flowers burst into bloom April and early May, adding spectacular splashes of color to the Himalayan landscape; whereas, the clearest skies are later in the year, after the summer monsoon rains have settled the dust and everything is lush and green. Depending on your time frame, you have the option of returning back to Lukla the same way or crossing over the Renjo La pass (5,345m) or join up with the classic Everest Base Camp Trek via Cho La pass. 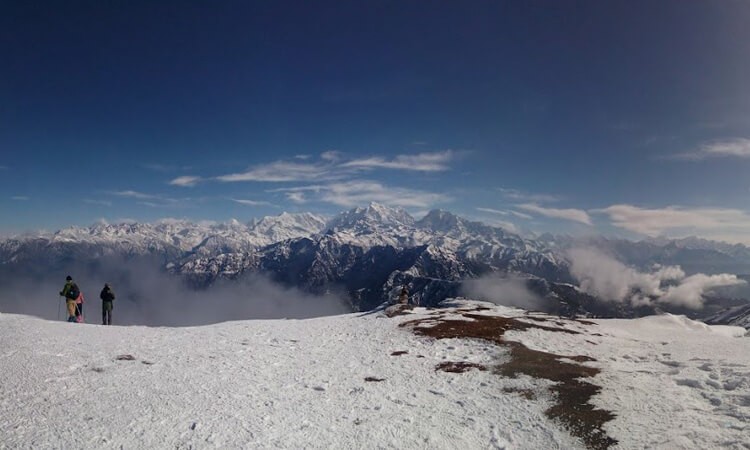 For those outdoor enthusiasts who want to deviate off the typical Everest trekking trails and wish to experience offbeat and isolated trekking, Pike Peak Trekking into the lower Solukhumbu region is the perfect pick. Pike Peak Trekking is a wonderful combination of nature and culture trekking with amazing mountain views. For nature lovers, alluring forests of rhododendron, magnolia, pine, authentic villages and monasteries are a gift whilst trekking in this region. These distant Sherpa villages and divine monasteries of the lower Solukhumbu region reward you with an opportunity to interact with local people and observe their lifestyle, tradition and practices. Hiking up to the top of Pike Peak (4065m) to eye witness the magical sunrise is one of the major highlights of this captivating trek. From the viewpoint, one can see the perfect panoramic view of some of the tallest mountains in the world including Mount Everest. Pike Peak Trekking is a great way to learn about authentic and traditional Sherpa culture as the valleys surrounding Pike are a sanctuary of Sherpa culture. Additionally you can add the sacredDudhkunda Lake in your Pike Peak Trekking itinerary. Reaching the beautiful and holy Dudhkunda (4560m), camping overnight over there is definitely a lifetime experience in the Himalaya of Nepal. 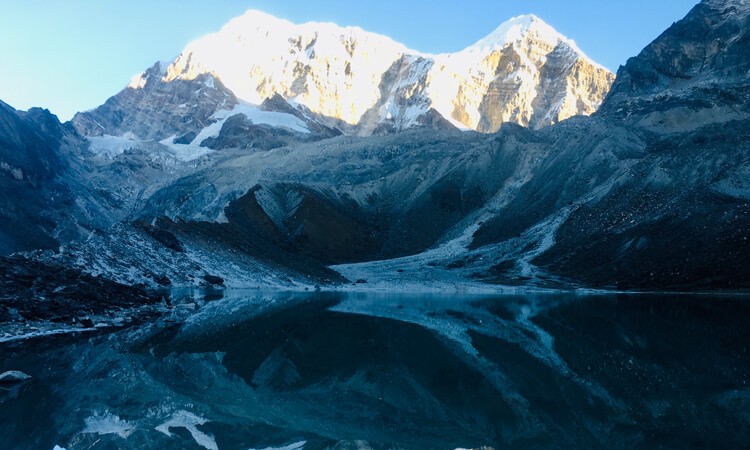