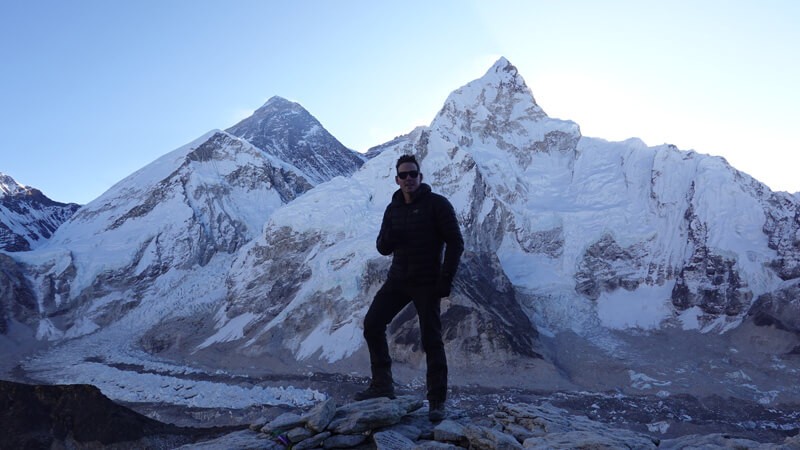 When someone mentions Nepal, Mount Everest automatically comes to mind, so it is not surprising that treks to Everest Base Camp catch the attention of outdoor enthusiasts from all over the world. The Nepalese gave Everest the beautiful name, Sagarmatha, Sagar meaning sky, and matha, forehead or head, a fitting title for their beloved goddess of the sky.

The rugged beauty of nature in the Everest Region is breathtaking. Besides Mt. Everest, 8848m, seven more mountains of over 7000 meters touch the skies. Deep rivers and glaciers cut the landscape. Climbing higher into the Khumbu Region, vast pine and rhododendron forests give way to smaller scrub junipers, and finally short alpine shrubs, grass and wild flowers.

The Everest Region is rich in wildlife. Golden eagles vultures, yellow billed choughs and black ravens soar on the up-draughts. The forests are home to wildlife such the rare snow tiger and red panda as well as the plentiful Himalayan tahr, musk dear and barking deer. 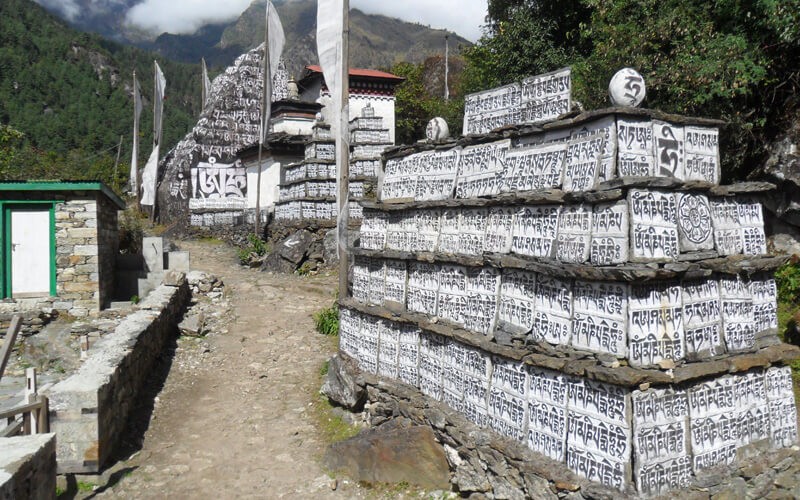 The Buddhist inhabitants have deep respect for nature which has played an important role in the preservation of the area, additionally it is enclosed in the Sagarmatha National Park, with laws to protect the environmentand native species.

We step back in time when we enter the Sherpa villages. Simple stone lodges provide a warm welcome and an insight into a fascinating culture. Expressions of ancient Tibetan Buddhist faith are everywhere -- stupas representing the mind of Buddha, mani walls engraved with prayers, colorful prayer flags and monasteries.

A highlight of the Everest Region is to visit Tengboche Monastery, 3850m. Summit expeditions stop to seek the blessing of the gods at this amazing gompa which is built into a great hill overlooking Mt. Everest and Ama Dablam. There is a clear view of Mt. Everests peak from Tengboche.

At Everest Base Camp  the atmosphere is charged by summit expeditions setting out for the supreme challenge. Ironically, you cant see Mt. Everest from base camp, but you do get a spectacular view of the Khumbu glacier below, with its ice fall, glacial ponds and icebergs.

For the ultimate view of Mount Everest, we return to Gorakshep and climb to Kala Pattar, 5545m.

Trekking is possible throughout the year; however the best time to visit is from the beginning of March to mid-May and from the beginning of September to mid-November. The winters are very cold and the summers are rainy. The rhododendron trees and wild flowers burst into bloom April and early May, adding spectacular splashes of color to the Himalayan landscape; whereas, the clearest skies are later in the year, after the summer monsoon rains have settled the dust and everything is lush and green. 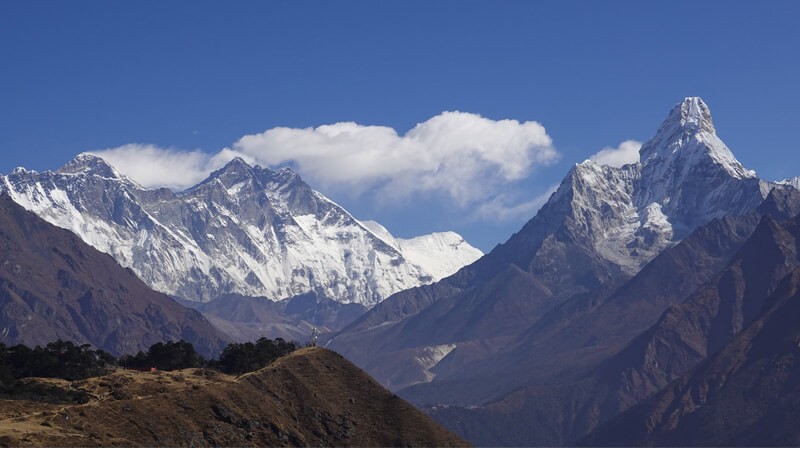 Options in the Everest Region:

The highlights of each option are summarized below to help you choose the most suitable trek for your interests as well as limitations of time and strength.

QUICKEST TREK: The Everest Panorama Trekking is a less strenuous and time efficient way to see the Everest Region.

OFF THE MAIN TRAIL TREK: Everest Base Camp via Gokyo Lakes branches off to the five sacred turquoise lakes of Gokyo Valley.

Sherpa Culture Trekking: This trip is a fairly short and easy trek and a great way to explore the beautiful scenery lower part of Everest Region.

Everest Luxury Trek takes you to the Everest Region of Nepal and makes you feel like the king of the mountains. 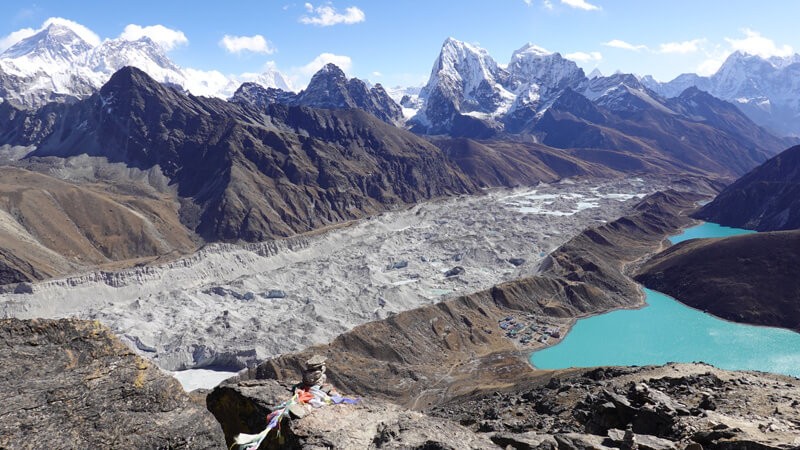 Note: We are happy to tailor any of these packages to make the trek of your dreams . Any of these interesting trekking options can easily be incorporated into any Everest Base Camp Trekking. There are also many trekking peaks in Everest Region, including Island Peak which is considered as the popular climb in Khumbu region.